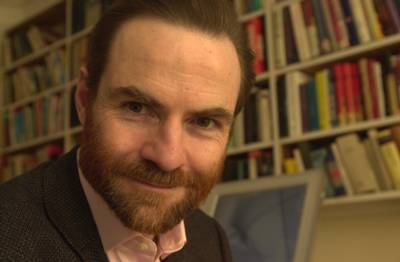 Timothy Garton Ash is the author of ten books of political writing or ‘history of the present’ which have charted the transformation of Europe over the last half century. He is Professor of European Studies in the University of Oxford, Isaiah Berlin Professorial Fellow at St Antony’s College, Oxford, and a Senior Fellow at the Hoover Institution, Stanford University. His essays appear regularly in the New York Review of Books. He writes a column on international affairs in the Guardian which is widely syndicated in Europe, Asia and the Americas.

His books are: ‘Und willst Du nicht mein Bruder sein …’ Die DDR heute (1981), a book published in West Germany about what was then still East Germany; The Polish Revolution: Solidarity (1983), which won the Somerset Maugham Award; The Uses of Adversity: Essays on the Fate of Central Europe (1989), for which he was awarded the Prix Européen de l’Essai; The Magic Lantern: The Revolution of ’89 witnessed in Warsaw, Budapest, Berlin and Prague (1990), which has been translated into fifteen languages; In Europe’s Name: Germany and the Divided Continent (1993), named Political Book of the Year in Germany; The File: A Personal History (1997), which has so far appeared in eighteen languages; History of the Present: Essays, Sketches and Despatches from Europe in the 1990s (2000); Free World (2004); Facts are Subversive: Political Writing from a Decade without a Name (2009); and Free Speech: Ten Principles for a Connected World (2016), which draws upon a major Oxford university research project built around the 13-language website freespeechdebate.com and won the British Academy's Nayef Al-Rodhan Prize for transcultural understanding. Most recently, he published a new edition of The Magic Lantern, with a long new chapter looking at what happened, and what went wrong, over the 30 years since both the revolutions of 1989. His new book Homelands: A Personal History of Europe will be published in Spring 2023.

After reading Modern History at Oxford, his research into the German resistance to Hitler took him to Berlin, where he lived, in both the western and eastern halves of the divided city, for several years. From there, he started to travel widely behind the iron curtain. Throughout the nineteen eighties, he reported and analysed the emancipation of Central Europe from communism in contributions to the New York Review of Books, the Independent, the Times and the Spectator. He was Foreign Editor of the Spectator, editorial writer on Central European affairs for the London Times, and a columnist on foreign affairs in the Independent.

In 1986-87 he was a Fellow at the Woodrow Wilson International Center for Scholars in Washington DC. Since 1990, he has been a Fellow of St Antony’s College, Oxford, where he directed the European Studies Centre from 2001 to 2006 and is now Isaiah Berlin Professorial Fellow. Since 2010, he has directed the Dahrendorf Programme at the European Studies Centre at at St Antony's. He became a Senior Fellow of the Hoover Institution, Stanford University, in 2000. A frequent lecturer, he is a Fellow of the Royal Society of Literature, the Royal Historical Society and the Royal Society of Arts and a Corresponding Fellow of the Berlin-Brandenburg Academy of Sciences. He has received honorary doctorates from St Andrew's University, Sheffield Hallam University and the Catholic University of Leuven and the University of York.

He continues to travel extensively, and his column in the Guardian is syndicated in leading newspapers across Europe, Asia and the Americas. He also contributes to the New York Review of Books, Prospect and Financial Times, among other newspapers and journals.

Honours he has received for his writing include the David Watt Memorial Prize, Commentator of the Year  in the ‘What the Papers Say’ annual awards for 1989, the Premio Napoli, the Imre Nagy Memorial Plaque, the Hoffmann von Fallersleben Prize for political writing, the Order of Merit from Germany, Poland and the Czech Republic, and the British CMG. In 2005, he featured in a list of 100 top global public intellectuals chosen by the journals Prospect and Foreign Policy, and in Time magazine's list of the world's 100 most influential people. In 2006 he was awarded the George Orwell Prize for political writing and in 2017 the Charlemagne Prize.

He and his wife Danuta live mainly in Oxford, though they are based in Stanford most summers when there is not a pandemic. They have two sons, Tom and Alec. Tom lives in Vancouver and built this site. Alec is a writer based in China.